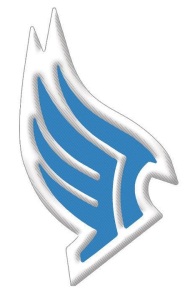 I made a list many months ago of my top 100 games, and it pained me having Super Mario Strikers as the 26th game, and it was probably a more heated debate between numbers 25 and 26 than numbers 1-5.

Super Mario Strikers hinged more towards the friendships and rivalries that were produced, more than the gameplay its self. While addicting and fantastic in its own right, what made Strikers an important game to me, was playing it with co-workers during our lunch breaks and after our shifts. We were addicted to a demo in the kiosk we had in our break room, and about six of us decided to chip in and buy a full copy and put it in the kiosk for us to enjoy together.

Most of us went on to play Call of Duty 4 and Modern Warfare 2 together on Xbox Live for a couple of years, but that bond wouldn’t have happened had we not played that Super Mario Strikers demo. The over-the-top arcade soccer game that I never thought would end up being as addicting as it was, was made more so by having friendly competition everyday. Solo gameplay was still a ton of fun as well, learning to master the charged hook kicks into the goal, timing your deke to make the goalie jump and defend the wrong side while you walk the ball into the goal, and so on.

It tears me apart having this at number 26, but my Top 25 Games of All-Time, IMO, is still completely stacked from top to bottom. 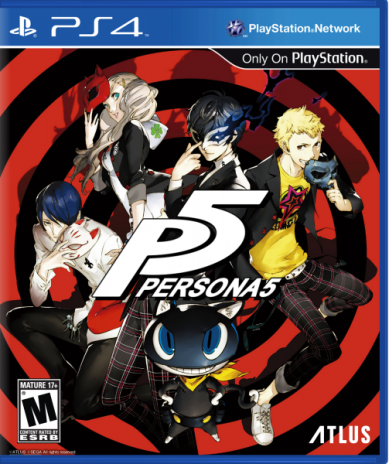 One of the very few traditional JRPG’s left, Persona 5 comes off the heels of its breakout predecessors, Persona 3 and 4 on the PlayStation 2. Persona 5 follows the player named protagonist and his friends through high school life, all while they try to steal the hearts of a number of vulgar and repulsive individuals.

The first of a small handful of 2017 games that became some of my all-time favorite games, Persona 5 was the game I never expected to capture my attention, and steal my heart away. I only purchased P5 on release because Mass Effect Andromeda was such a colossal disappointment for me, that I needed to satisfy my cravings for an RPG with enough of a length to it. Had Andromeda not have been such a letdown, I would have likely waited til the end of 2017 to pick it up. Boy, am I glad I bought it on day one.

Even though towards the very end felt a bit like a chore, my time with the player named protagonist and his friends was highly enjoyable and thoroughly memorable. While I didn’t have a connection with any of the protagonists like I had with Nanako in Persona 4, it was a joy seeing the relationships between the band of friends grow stronger. Spending time with your friends after school got players to have a better understanding of why some of them act the way they do, why they have the quirks they have, and so on. You begin to understand, and you continue to adore the all.

Other than sometimes Morgana. Man, just let me make some tools after school – I’m not always too tired! 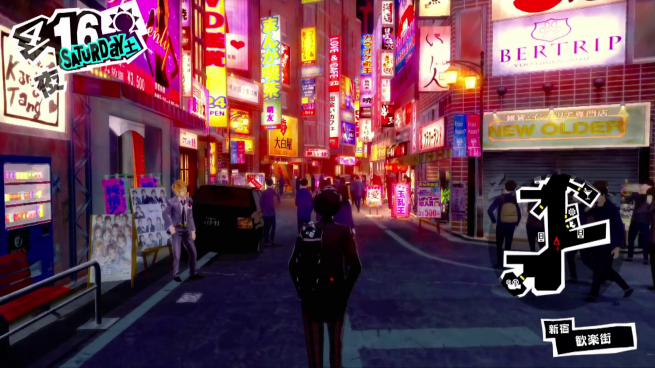 The gameplay remains the same as previous Persona titles. each cognition (the dungeons), players find some puzzles to solve, with a plethora of Personas to capture and use in battle. These Personas have their own specific spells, strengths and weaknesses. As the player progresses, they can merge certain Personas together to create a more powerful, higher level Persona. It was an elementary gameplay structure, yet held more than enough depth and experimentation.

Like a title in my top five, Persona 5 came out during a time where my health was still in shambles. Following along with the storyline, getting to know my friends better, doing side missions, they were all enjoyable distractions from what was going on, and helped aided in my recovery in its own way. It gave me a connection to the world from within another world, where worrying about Ryuji’s temper was kinda like keeping tabs on myself, but not really. It’s difficult to fully explain it, but it all tied together in helping me get through ongoing health issues.

With the dearth of console JRPG’s coming out recently, especially with some well established franchises taking a radically different turn with their games over the years (Final Fantasy), it makes games like Persona 5 that much more important to gaming. While I did love Final Fantasy XV, I do miss the franchise taking a more traditional route with its releases. Thankfully we have some absolutely brilliant releases by Atlus, and though it may be another decade before we see another Persona title, history has shown that the waits are well worth it.

Persona 5 consumed me for over 130 hours. I have 183 hours on Fallout 4 currently, with like 1-2 hours into the main storyline, but I don’t think I’ll ever complete it (nor have I really played it in months). It’s hard enough to get me to commit to even 30 hours on a game, let alone 130. I did take a break from Persona 5 for a little bit towards the end though, as I just needed a pause from how long it was taking to get through.