If you haven’t heard already, E3 was jam packed. 68,400 attended this years convention, up from last years 50,300 attendees. Nearly every booth was overflowing with visitors, either walking through, or patiently waiting on queue so they can get a taste of what’s to come from that company.

Sega had a pretty large booth, with a myriad of games coming up in the next year. I decided to wait on what I thought was the line for Sonic Mania, Sega’s return to a proper 2D Sonic game. Halfway through the line, I had realized I was on line for Sonic Forces, Sega’s upcoming Sonic title that blended the best of the OG Sonic universe, the 3D Sonic games, as well as a new mode that lets you create your own Sonic universe avatar. I wasn’t disappointed by being on the wrong line; I was actually wanting to try Sonic Forces anyway. It seemed like an odd polygamy of old school, modern and what might be a new way of playing Sega’s flagship franchise. 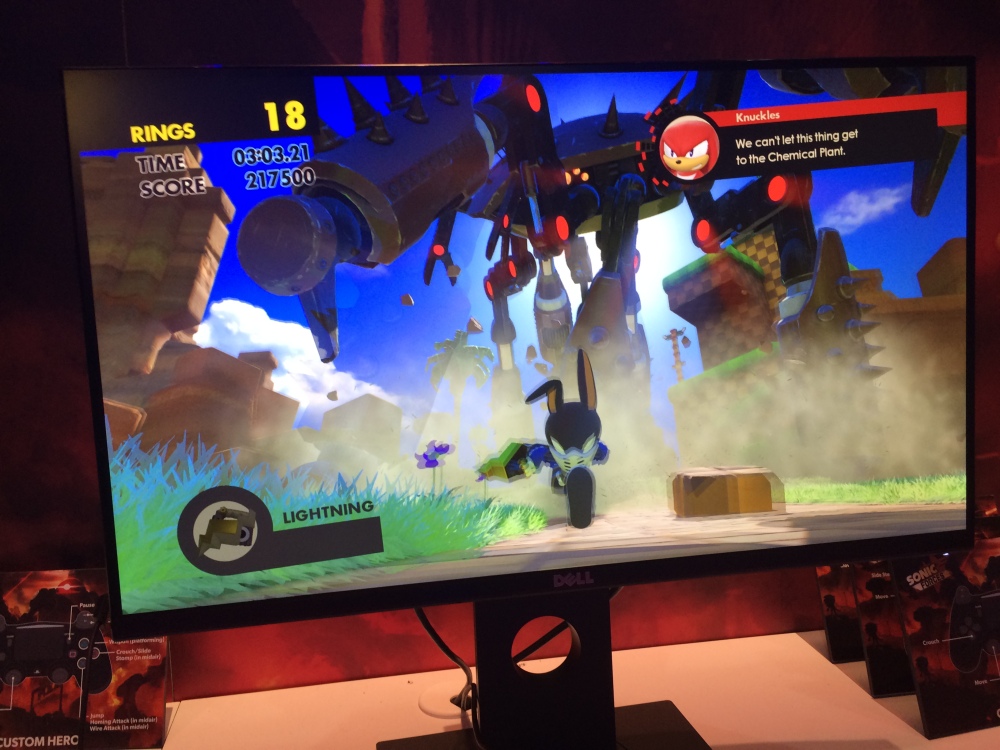 The new portion to the Sonic experience in Forces involves creating your own avatar to play in the game. For this E3 demo, the creation portion was set aside, sans choosing between two weapon styles. From there I was thrusted into the game. With the lightning contraption, my avatar was able to pull off a few neat tricks, including unleashing a lightning whipping on the adversaries ahead of me, or electric charging through them and through rings to speed through an area.

Gameplay mixed between series staple 2D planes as well as one with my avatar running towards the screen, avoiding pieces of debris falling around him. The added elements of the new weaponry my avatar had equipped added to the Sonic formula in a positive manner, outside the lightning whip, which while kinda neat to wield, it does slow down the pace a bit too much. I think that would be more understood if there was an emphasis upon using these weapons more throughout each stage as an alternative to blazing through. There were some minor jumping precision issues that did not appear in the other two parts of the demo as well, making it hard to land a jump precisely. It has the promise of being an interesting wrinkle in the Sonic franchise, with its blend of visual and weapon combinations. Oddly enough, the more innovative addition do the franchise in a while, ends up being the least gripping of the three part demo. 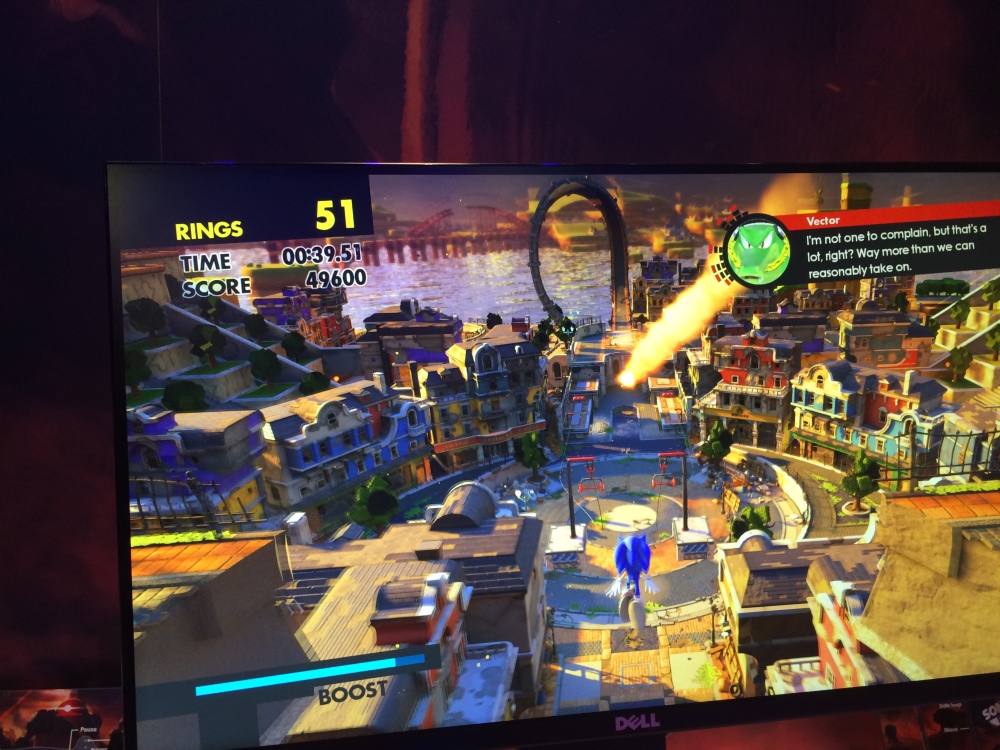 The second part of the demo focused on the 3D type Sonic that many of us have played throughout the last 15 years or so. If you have any familiarity with the 3D portions of Sonic Generations, then you’d feel right at home with this demo. It made up for some of the stop and go of the first portion of the E3 demo, and it was a visually pleasant stage. All the usual gimmicks are there from homing jump dashes into enemies, to breakneck speeds through areas. Very familiar, but still quite satisfying.

Finally we have the Classic stage, which was more or less a boss battle with Dr. Eggman. A very straight forward, zero frills demo, it shows off what players will expect from the the classic built stages. The first portion has the player avoiding a swinging, spinning spiked ball, which feels like it has been seen in nearly every Sonic game in existence. The following transformation of Eggman’s vehicle had me avoiding a machine gun hand blasting where I stood, followed by avoiding falling debris, some of which can be jumped into and flung into Eggman. Nothing major, but it’s a reflection of what’s to come from the classic stages.

As someone who was turned off from the franchise at Sonic the Hedgehog 4 Episode 1 but did find enjoyment in Sonic Generations, Sonic Forces feels like another step in the right direction for the speedy hedgehog in regards to games under the Sonic label straying from the norm. If the jumping precision can be addressed and the pace being properly tweaked with the new format, Sonic Forces has the chance of being the first 3D Sonic game since Sonic Generations to be worth your time. Sega is aiming to run this one to shelves during the holiday season of 2017 for the Switch, Xbox One, PlayStation 4 and Steam. 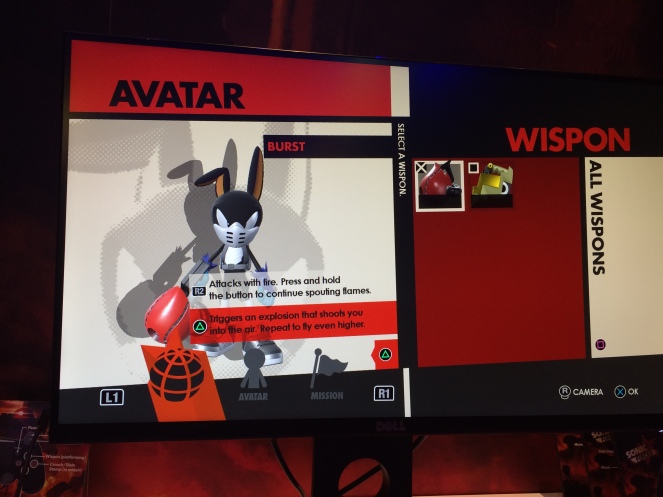 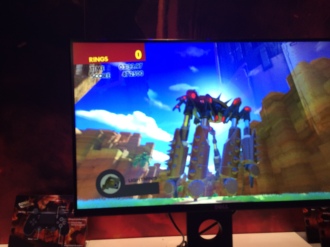 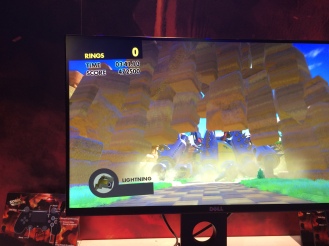 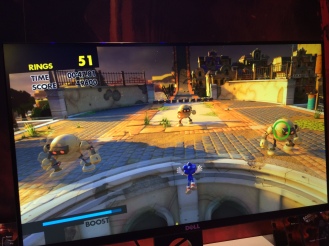 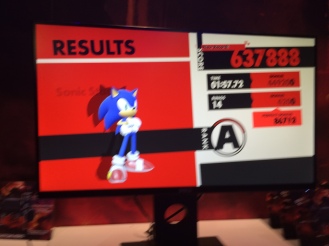 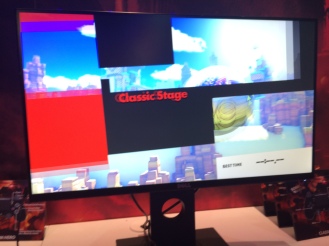 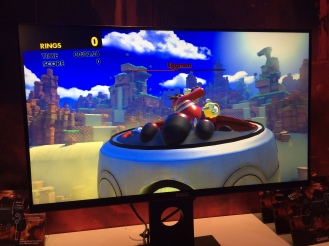 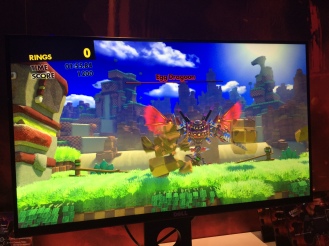 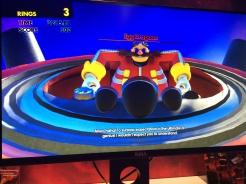 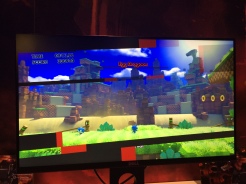