What is Super Mario Galaxy?

The first traditional console Mario title since Sunshine on the Nintendo Gamecube, Super Mario Galaxy was an out-of-this-world 3D platformer. Taking place on a number of mini planets, asteroids and other outer space based worlds, Mario’s journey takes him to the far reaches of the galaxy, yet he still remains grounded by his immaculate controls and brilliant gameplay.

What warrants Super Mario Galaxy‘s inclusion on this list?

Outside Super Mario Sunshine (apologies to anyone that offends), every mainline console Mario game has been pure bliss, IMO. Going into Super Mario Galaxy, I had some minor reservations, as the Wii was quickly showing its self to be a gimmicky casual gamers paradise, minus Twilight Princess.

Boy, were those concerns quickly quelled. 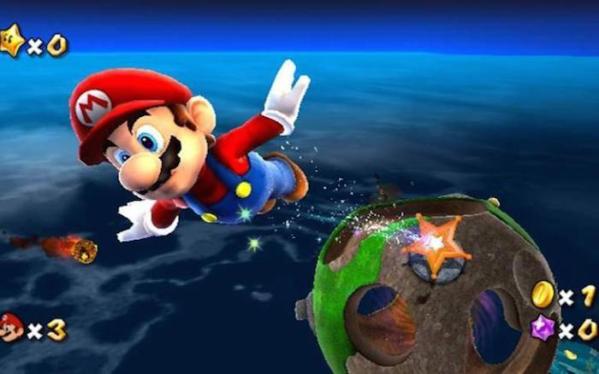 Mario’s immaculate controls remained so, with a camera that didn’t fight players like Sunshine did, creating an experience like no other, up to that point. It was the prime example of “if you die, there’s only yourself to blame”. Even with the floaty jumps of Super Mario Bros. years ago, it seems as if every single mainline Mario title controls like an absolute dream, and Galaxy is no different. If anything, the controls were a step above all previous titles.

Each stage was a treat to play through. Each stage felt different from the previous; sometimes it was a larger area to scour, sometimes players had to rely on manipulating gravity, sending Mario onto other smaller sphere worlds, or straight across a wide gap in outer space. It was a creative world for Mario, and one that the franchise hadn’t quite seen up until that point.

I remember I had lost my job a month after the game released. I spent quite a while getting lost within Super Mario Galaxy through that time, up until I was able to find a new job. It passed the time, and lessened the frustration of searching for a new job that seemed like wasn’t out there. It gave me a period of comfort in an unsettling time. 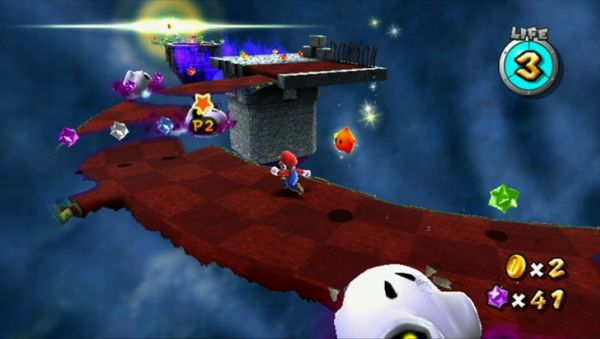 The brilliance of Super Mario Galaxy still shines today. It’s an accessible 3D platformer that has a fair challenge, beautiful stages and immaculate controls. With the myriad of 3D platformers that have come down the pipe throughout the years, seldom few ever come close to the magic and glory that a Super Mario game consistently delivers. Over a decade later and it hasn’t age one bit; it’s still the stellar title that it was back in 2007.

I pretend that Super Mario Sunshine doesn’t exist, and that Super Mario Galaxy is the first 3D Mario title since 64. Why? I just feel that the experience as a whole was just so boring. It did sorta throw the traditional Mario formula a curveball, but it was a wild pitch. The camera was infuriating, the world, while gorgeous, was uninteresting, and the gameplay as a whole just didn’t click for me. The waterpack gimmick added utility to Mario’s repertoire, though the general gameplay was just dry.