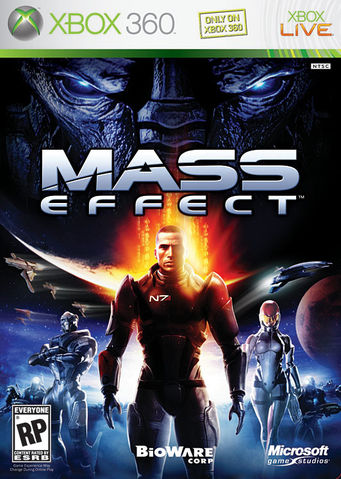 What is Mass Effect?

The first installment of the blockbuster RPG franchise, Mass Effect follows the adventures of Shepard, which leads him or her to their ultimate goal of saving the universe. Through dozens upon dozens of hours, players will meet a range of protagonists and antagonists that will leave a lasting impression well after the adventures have concluded.

I remember my anticipation for Mass Effect being sky high. While I didn’t completely click with Jade Empire, Knights of the Old Republic was an out of body experience for me. The concept of an original futuristic adventure from the developer that crafted such a brilliant game such as KotOR, was insane.

I just never thought it would end up being my all-time favorite game series. 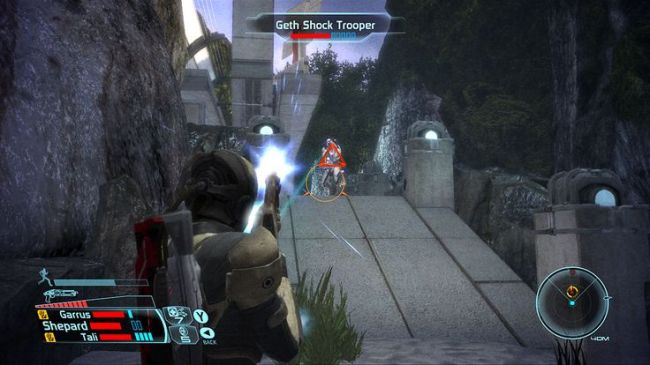 The transformation of the Mass Effect series gameplay was a bit jarring. Mass Effect started out with what felt like a more heavily influenced “pause and choose”, more skewed towards a CRPG experience. With the second and third games, it seemed more skewed towards an action RPG, with more emphasis on firing weapons from behind cover, without as much need to pause and set out commands for powers and such.

That’s not to say those games felt like a regression; Mass Effect 3 felt just right with its balanced when compared to Mass Effect 2, and the first title was truly brilliant all around.

The scope seemed beyond comprehension, with large areas to cover in each place Shepard was taken to. The visual grain filter added a grit that gave the experience a feeling that I was watching a classic sci-fi film. I always wondered why the filter didn’t carry over past the first title, but I digress. The world had such a unique and memorable look. The alien races introduced were fascinating, from the Turian, to the Krogan, and so on. In fact, the creativity with these races than Star Wars and Star Trek combined.

The voice acting was on point, which Shepard’s performance being thoroughly enjoyable and completely memorable. The audio throughout is outstanding, with that futuristic vibe to the music that really sets the mood for each situation. Mass Effect nailed the look and feel of a newly launched outer space themed IP. 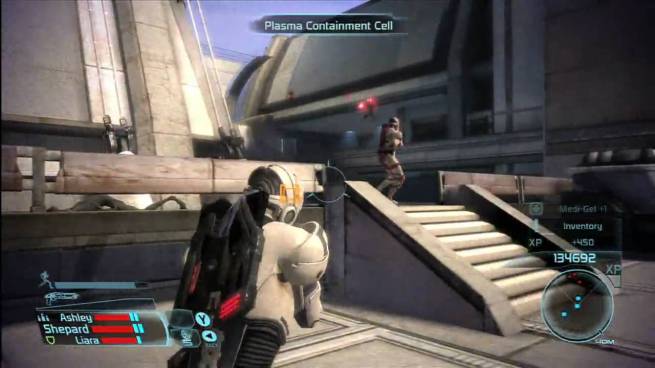 The slower paced gameplay was phenomenal, and I honestly wouldn’t have minded it being retained throughout the series. While later installments saw me giving commands to my teammates in a more infrequent manner, I loved having more of a need to be hands-on with how my team played.

Compiling this list reignited the desire in me to play through the series yet again, though time is limited these days. Mass Effect was a brilliant first game of a brilliant trilogy, and holds a special place in my heart that very few games, or franchises, manage to ever do. What I’d give to have even a side story release, that takes place during the Shepard saga.

My only regret, though not really a regret.

When I first started my journey with Shepard through all three games, I chose the Soldier. It wasn’t until both a subsequent playthrough as a Vanguard, and the advent of  multiplayer in Mass Effect 3 that I realized that being a Soldier was so plain Jane boring when compared to all the other classes. A part of me wanted to start out simple, no frills and get into the game without having to worry about nuances that may impede on my enjoyment, but man, Soldier is so generic and lame compared to an Adept, or Infiltrator. Do I regret making my soldier as my first 1-3 playthrough class? I do not, because the overall experience with the Mass Effect was euphoric, but playing through as a more complex class did add that much more to the experience.